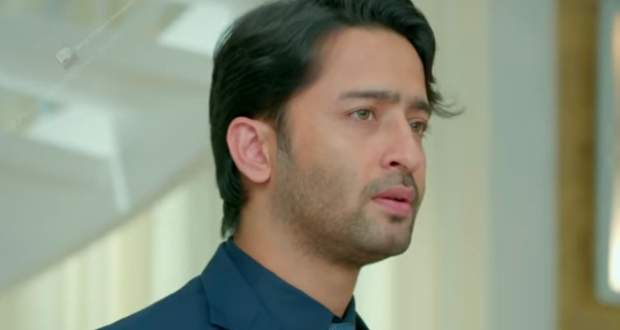 Today's Kuch Rang Pyar Ke Aise Bhi 3 23 July 2021 episode starts with Dev talking to Vicky about Aayush while he cheers him up.

Vicky asks Dev if everything is fine between him and Sonakshi but Dev diverts the topic.

At home, Ishwari gives Aayush Suhana's mug when she comes there and orders him to put the mug down.

However, the mug falls and breaks which upsets Suhana as Sonakshi comes there and tries to calm her.

Dev's employee tells him that some people are not agreeing to leave the land and he orders him to do what is needed.

Elsewhere, Ishwari scolds Sonakshi and accuses her of being partial which hurts her.

At night, Sonakshi gets a dream that Ishwari is sending Suhana with Mr. and Mrs. Sharma.

She tries to express her feelings and fears to Dev but he doesn't understand her and starts arguing with her.

She tried to explain herself and says that he doesn't understand her but he mocks her asking if she has understood him.

The next day, Sonakshi goes to her father's house and tells him about her fight with Dev.

His father talks badly about Dev while she tells him that they have just started going on different paths.