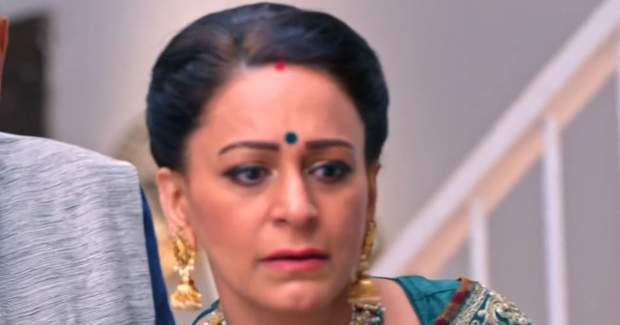 Today's Kuch Rang Pyar Ke Aise Bhi 3 24 August 2021 episode starts with Ishwari welcoming Ayush's grandparents. Ayush praises the 'halwa' his grandmother made. He offers it to Suhana and she likes it too.

After returning from the office, Sonakshi goes to her room and finds Dev peacefully sleeping. So, she decides to end her fight with him and start their relationship with a new beginning.

The next morning, Sonakshi serves breakfast to everyone and goes to wake up Dev. As Dev doesn't respond to her, she calls Ishwari and others to the room.

Mamaji calls the doctor to check upon Dev. The doctor tells Sonakshi that Dev has accidentally taken an overdose of some pills.

Meanwhile, Bijoy comes there and consoles Sonakshi while she is crying thinking about Dev.

After a while, Sonakshi makes soup for Dev and goes to give it to him. She apologizes to Dev for not being there when he was tensed and had to take anxiety pills. Dev also says sorry for taking such a step.

Later, Ishwari comes to know about Dev's overdose and gets worried for him. She asks Sonakshi to take care of Dev and solve all the problems between them.

Sonakshi promises Ishwari that she will not let anything happen to Dev.