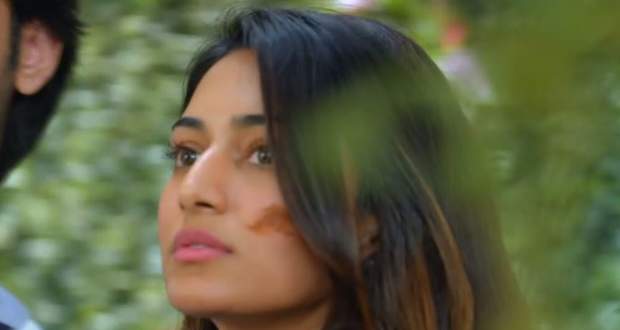 Today's Kuch Rang Pyar Ke Aise Bhi 3 24 September 2021 episode Dev and Sonakshi arriving home where Neha gets angry on them as both of them forget that today was Ishwari and her husband's marriage anniversary.

On the other hand, Sanjana gets her courier for which she had been waiting for a long time. She takes out a photo from the courier and it is of Rohit Verma, Suhana's real father who raised Ayush as his child.

Meanwhile, Dev brings flowers for his mother when Ishwari tells him that Neha has something going on in her life which is bothering her. Dev tells her that he'll talk to her.

The next morning, Neha takes her breakfast and goes to her room saying that the dining table is just for family members.

Dev goes to her room and asks her how is her family. Neha tells they are fine in a low voice.

Further, Ishwari requests Neha to tell them if there is any issue. Neha gets angry and asks them why are they interfering so much and why do they think she is not happy.

Meanwhile, Sonakshi and Elena convince the PG to identify the culprit and assures him that he won't be troubled again.

Later, Sanjana decides to go and meet Dev at his house as he is not coming to the office today.