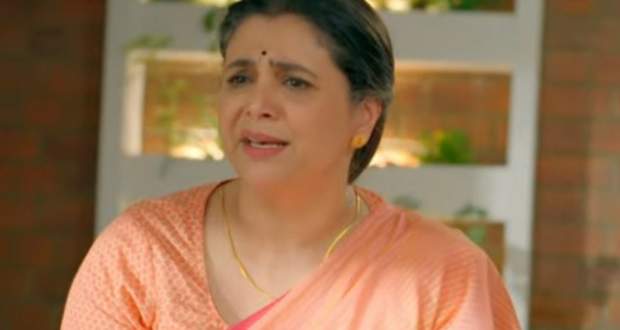 Today's Kuch Rang Pyar Ke Aise Bhi 3 26 July 2021 episode starts with Sonakshi imagining interaction with Aayush by teaching Jim how to play sudoku but in reality, fails to interact with him.

Binoy comes to meet Aayush and Dev while Ishwari taunts him but he also answers back with logical reasonings with Mami standing up for Ishwari.

Dev comes there and Binoy taunts him after which he reminds them that they will have to get the DNA tests done and get Aayush legally under their guardianship.

Later, Dev gets upset that Sonakshi told everything to Binoy and argues with him regarding it.

Suhana runs to Dev but he behaves rudely with her due to being on a phone call.

Sonakshi argues with Dev for it and goes to console Suhana.

Ishwari sees Sonakshi talking to Suhana and gets angry at her saying that she should just slap Suhana and make her understand that Aayush is the heir of the house.

At night, Dev feeds Sonakshi and makes to patch up with her.

However, he gets a call and tells the person on call to keep the bulldozer ready for tomorrow.