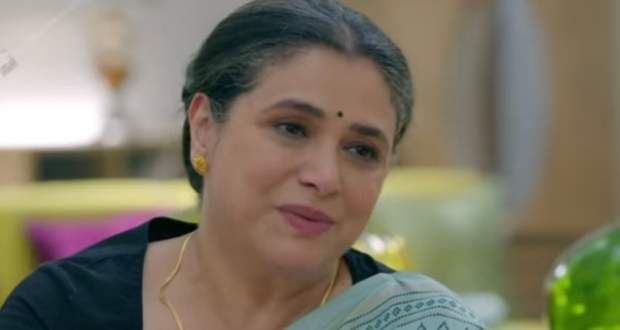 Today's Kuch Rang Pyar Ke Aise Bhi 3 27 July 2021 episode starts with Aayush asking Dev when he will take him to his grandparents but Dev apologizes saying that he has an important meeting.

He asks for Suhana when she comes there with an upset face and he cheers her up.

Later, Sonakshi teaches Aayush how to make a sandwich and but gets distracted seeing that Ishwari has forgotten to pack the lunch for Suhana.

She goes to give the tiffin to Suhana where she sees Dev beating up a guy and wonders what happened.

Elsewhere, Elina gets upset when her husband is only interested in the money she is earning.

Dev comes home and Ishwari gets tensed seeing him injured. Sonakshi tends to his wounds while telling him that it looked like he was threatening the people to leave the land.

He reveals to her that he is planning to legally adopt Aayush which shocks her.

The next day, Dev thinks to send Sonakshi to get Aayush's admission but leaves seeing her busy.

He goes to Mr. and Mrs. Sharma's house to talk about the adoption but they give him money for Aayush's education.

Dev refuses to take the money saying that Aayush is his son.

Elsewhere, Suhana and Golu trick Aayush into playing a game with them and lock him in the storeroom.