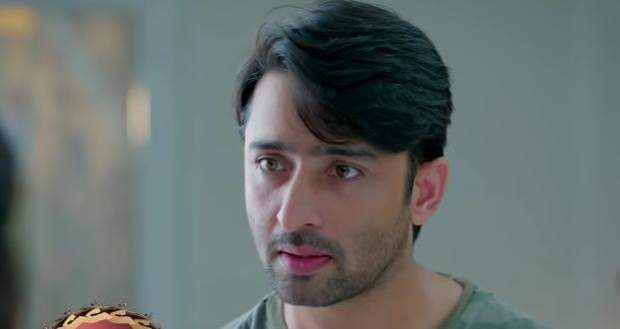 Today's Kuch Rang Pyar Ke Aise Bhi 3 28 July 2021 episode starts with Dev telling Mr. and Mrs. Sharma about the adoption of Aayush and they get emotional.

They release that it is Suhana's doing and Ishwari gets angry.

Ishwari tells Mami to console Aayush while she goes to Suhana and Golu and scolds them.

Ishwari tightly holds Suhana's hand and she runs away crying.

Sonakshi praises Binoy for helping her get Shubh vaccinated.

Dev comes home and Suhana complains about Ishwari to him while Ishwari explains what happened.

Elsewhere, Elina argues with Vicky and then talks to her crazy fan who tells her to tell him at the cafe the next day.

Sonakshi comes home and Dev argues with her which makes her feel upset.

Later, Dev thinks about Sonakshi's point of view and talks to the kids who are sleeping.

He talks to Ishwari about going to Aayush's adoption while she tells him that they should let him interact much with Mr. and Mrs. Sharma.

Further, he talks with Sonakshi and gets comforting words from her.

© Copyright tellybest.com, 2020, 2021. All Rights Reserved. Unauthorized use and/or duplication of any material from tellybest.com without written permission is strictly prohibited.
Cached Saved on: Monday 17th of January 2022 08:44:13 AM