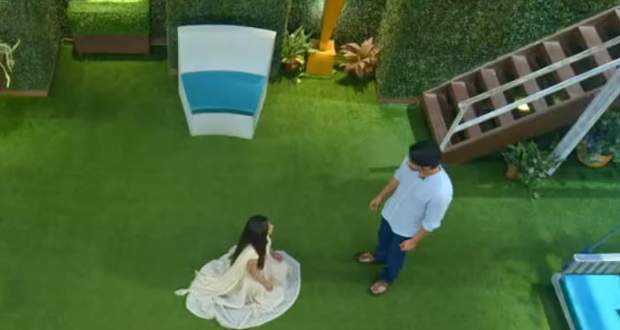 Today's Kuch Rang Pyar Ke Aise Bhi 3 28 September 2021 episode starts with Subhu giving the picture of Rohit Varma to Sanjana while asking her if it is hers.

She puts the pictures back in her purse and thinks to confess to Dev as soon as possible.

Later, Sanjana talks to Neha and they learn that they have a lot of similarities between them after which Aayush invites them to play games with the family.

Dev announces that they are going to play a game called 'I want you to' and everyone starts telling the chosen person to do something.

Further, Dev and Sonakshi dance while Sanjana looks on.

It is Sanjana's turn and she is asked to act while Sonakshi goes to bring the dessert.

Meanwhile, Dev also goes after her and flirts with her while Sanjana gets uneasy seeing them and drops the vessel in her hand.

She tells them thay she is leaving and goes while Sonakshi sends Dev to turn off the lights in the garden.

Elsewhere, Bijoy insists Ziden have dinner with them but he tells him to not pressure him and goes back to his room.

Dev gets shocked seeing Sanjana and offers to drop her while she gets on her knees and confesses her love for him leaving him shocked.