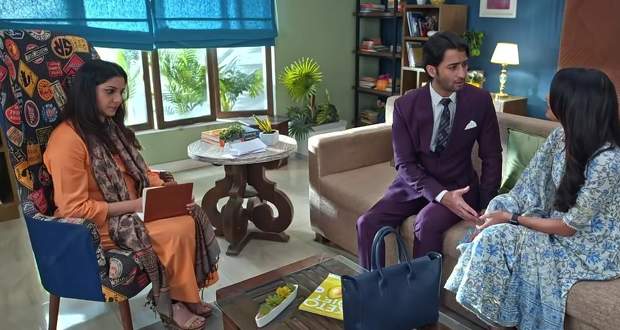 Today's Kuch Rang Pyar Ke Aise Bhi 3 2 September 2021 episode starts with Dev and Sanjana planning the new designs for the apartments while he gets the notification of the therapy session and leaves.

At the therapist's office, Sonakshi and Dev talk and get into an argument while she asks him where he was when her mother died.

Meanwhile, Mama tries to explain to Radha and Ishwari that it is beneficial for Dev and Sonakshi to go for marriage counselling.

Dev asks Sonakshi why she didn't tell him that it was bothering her while she told him that he should have understood.

Sonakshi leaves for some comfort while Doctor tells Dev that he should work on the solution as they know the problem now.

Dev sends Sonakshi videos of him and her mother and tries to convince her to meet him once explain how much her parents are also important to him.

Ishwari and Radha come to meet the Counsellor where the Counsellor tells them to not worry about Dev and Sonakshi as they are solving their problems on their own.

Later, Dev is going to meet Sonakshi while Sanjana calls him and asks him for help as the police have arrested saying that she is using a stolen car.