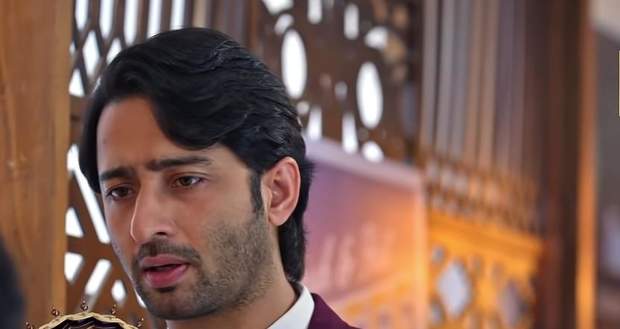 Today's Kuch Rang Pyar Ke Aise Bhi 3 30 August 2021 episode starts with Bijoy revealing to the family that Ishwari is the one who had asked him to bring non-veg which shocks everyone.

She reveals that she broke one of her own rules and says that she did it for her grandchildren and recalls how Aayush had accidently revealed that he used to eat non-veg.

Aayush hugs her and and addresses her Dadi which makes them emotional.

Later, Dev and others are talking while he mentions Aasha which makes Sonakshi distured and she leaves.

The next morning, Sonakshi and Dev talk about going for therapy session while Ishwari comes there and they leave making excuses.

At the session, the lady makes them do a rapid-fire round and then tells them that they are living together but are in different worlds.

She gives them tasks to do and reminds them to be close so that a third person cannot come in between.

Elsewhere, Dev is in the cafe for q meeting where he coincidentally meets Sanjana and bonds over her with the topic of cricket.

They both watch match on his phone while Elina is in the same cafe and gets doubtful.

Later, she goes to Sonakshi and informs her that she saw Dev with a girl and tells her to remember the tarot reading that she gave her.