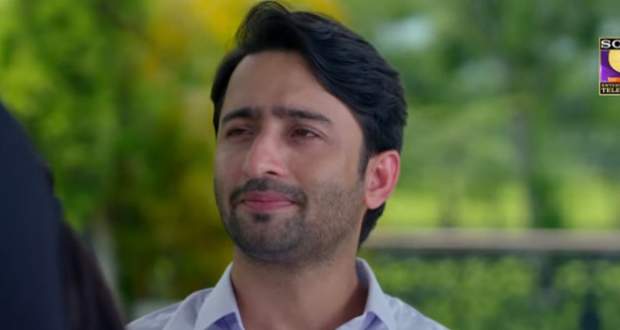 Today's Kuch Rang Pyar Ke Aise Bhi 3 4 August 2021 episode starts with Sonakshi asking Aayush if he wants anything before going to sleep but Ishwari stops her and passes a comment at her.

At night, Mami tells Ishwari to go to sleep and that she will take care of Aayush.

Later, Aayush gets a nightmare about his name being changed and leaves the home.

The next morning, everyone gets worried learning that Aayush is not home starts looking for him.

Later, Sonakshi comes home and cries holding Shubh while Elina comes there and calms her.

Sonakshi cries saying that she was not able to become Aayush's mother while Suhana thinks that Aayush left because of her.

Later, Sonakshi and Ishwari apologise to each other and patch up.

Suhana later informs Sonakshi that Aayush was upset about Ishwari wanting to change his name.

Elsewhere, Dev goes to Mr. Verma's house and asks them about Aayush but they get angry for not being informed about it earlier.

Suddenly, the police comes there with Aayush and leave while Mr. Carla tells Dev to leave also.

© Copyright tellybest.com, 2020, 2021. All Rights Reserved. Unauthorized use and/or duplication of any material from tellybest.com without written permission is strictly prohibited.
Cached Saved on: Thursday 27th of January 2022 02:32:39 PM