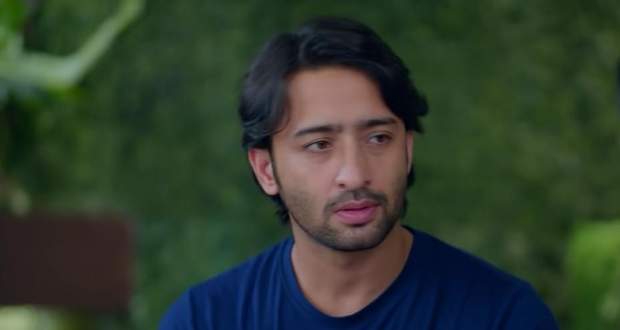 Dev refuses to agree to Sanjana and asks her to leave.

Later, Dev returns home where Sonakshi senses that Dev is worried and asks him. Before Dev says anything Ranveer, Neha's husband arrives there and everyone welcomes him.

Dev requests Ranveer to join them for lunch while Sonakshi sees Sanjana's transfer letter in Dev's file. She tries to ask him about it but Suhana takes Dev for lunch.

On the other hand, Sanjana tries to find proof to show Dev that Sanjana is Suhana's Maasi.

At the dining table, Ranveer, Dev, and Sonakshi have a good conversation but later, Ishwari asks Ranveer whether everything is fine between him and his wife, Neha.

On Dev and Ishwari's insistence, Ranveer tells them that Neha wants to shift to a new house away from Ranveer's parents.

Neha gets angry saying that always a girl is held at mistake and goes to her room. Dev follows her trying to talk to her but she locks herself in a room.

© Copyright tellybest.com, 2020, 2021. All Rights Reserved. Unauthorized use and/or duplication of any material from tellybest.com without written permission is strictly prohibited.
Cached Saved on: Monday 1st of August 2022 05:22:42 PMCached Disp on: Thursday 11th of August 2022 04:02:15 AM