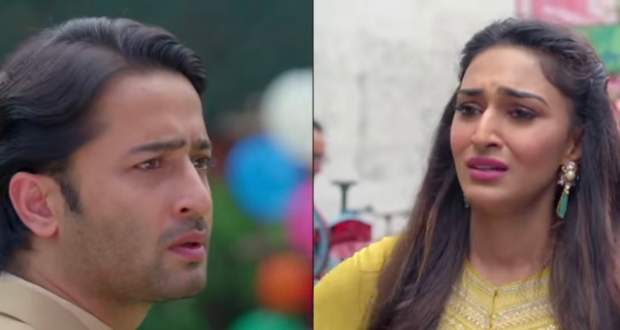 Mrs. Varma feeds Aayush as he reveals to her that the Dixit family does not feed him non-vegetarian.

Mr. Varma tells Dev that he will never send Aayush with them and argues with him when he gets a heart attack.

He says that he fell in a hole while looking for Aayush and Sonakshi apologizes saying that she forgot to tell him that Aayush has been found.

Binoy and Ishwari get into an argument as Sonakshi takes him upstairs.

Elsewhere, the doctor informs Dev and the family that he has an artery blockage and will have to keep under observation for the night.

Dev talks to Aayush and he reveals that he doesn't want to change his name.

Dev apologizes to Aayush and asks him if he would like to come back home but he refused to say that it is not his home.

Later, they meet Mr. Varma and he shouts at Dev to leave and refuses to let Aayush go with him.

Dev leaves and goes home where he informs the news to Sonakshi who gets upset hearing the news.

Both get emotional and console each other.