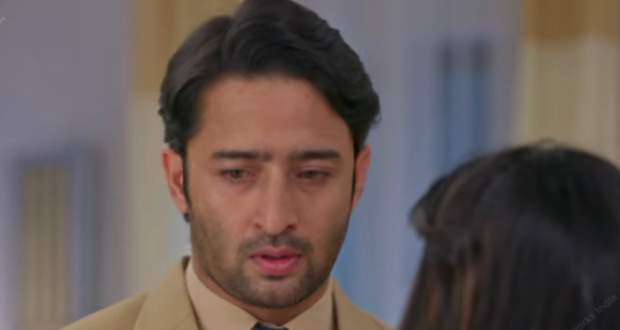 Today's Kuch Rang Pyar Ke Aise Bhi 3 6 August 2021 episode starts with Aayush telling Mrs. Varma that he is hungry and goes to the canteen where he sees Sonakshi.

Sonakshi talks to Aayush and feeds him a sandwich made by Suhana for him and they talk about their food interests.

Aayush leaves as an announcement for him is made and Sonakshi comes after him revealing to them that she is the dietician consultant.

Later, Ishwari scolds both Dev and Sonakshi for not being able to bring back Aayush home.

Elsewhere, Elina's stalker manages to talk to her and steals her keys.

Aayush sees Mr. and Mrs. Varma struggling and apologizes to them while says that he is happy in the Dixit house and would like to go back.

Dev happily goes to pick up Aayush and emotionally went Aayish asks him on the way as to why he doesn't understand him.

Later, Suhana sees Sonakshi making food for Aayush and tells her that she misses him.

Dev comes home with him and Suhana happily takes Aayush with him upstairs to play with him.