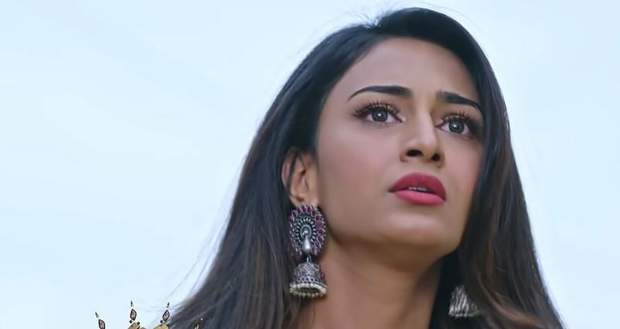 Sanjana gives a gift to Dev for helping her the other day and clicks a selfie with him while he talks to her about his problem.

However, she flirts with him using words with double meanings while giving him advice which gives him an idea.

Vicky calls Sonakshi tells her to reach the location he is sending to her as Dev has gotten into an accident.

Sonakshi reaches the place in a hurry and gets angry seeing Dev in good condition while he tries to convince her with the old talks they had.

He shows her the board of Asha School which makes her emotional.

He tells her that Asha was a special person for her and held very important in his heart which makes Sonakshi very happy.

She hugs him while he also hugs her and they confess their love to each other.

Later, Sonakshi and Dev happily inform the family about the good news while he sees Ishwari's sullen mood.

Radha talks against Sonakshi to Ishwari while Ishwari shows her belief in Sonakshi but still gets influenced by her words.

© Copyright tellybest.com, 2020, 2021. All Rights Reserved. Unauthorized use and/or duplication of any material from tellybest.com without written permission is strictly prohibited.
Cached Saved on: Friday 28th of January 2022 06:28:50 PM