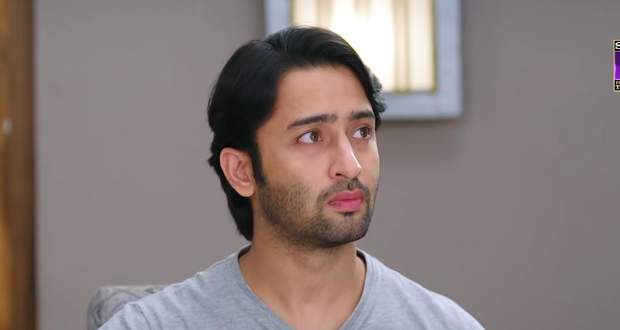 Today's Kuch Rang Pyar Ke Aise Bhi 3 9 September 2021 episode starts with Dev coming home and surprising Sonakshi with the promise band as he ties it around her wrist.

He gives her cheezy promises and they both get romantic.

Elsewhere, Sanjana talks to her friend and convinces her that Dev's relationship with her wife might not be perfect and thinks to keep on having feelings for her.

Sanjana dances in the rain to a song on the radio while Dev and Sonakshi also romance to the same song in their room.

The next morning, Sonakshi gushes about the promise band to Elina while Ishwari and Radha spy on them.

Later, Vicky shows Elina a picture of her hugging someone and gets angry at her while she makes him realize that it is a morphed picture.

Elina's stalker messages her and demands 25 lakhs from her in exchange for the picture which makes both her and Vicky worried.

Elina informs the situation Sonakshi who suggests going to the police regarding that.

Elsewhere, Sanjana learns from a colleague about Dev's love for Sonakshi and feels a little disappointed but encourages herself to unconditionally support him.

Dev suggests Dr. Naira if should stop the sessions while she suggests doing it for some time for better results.

© Copyright tellybest.com, 2020, 2021. All Rights Reserved. Unauthorized use and/or duplication of any material from tellybest.com without written permission is strictly prohibited.
Cached Saved on: Monday 17th of January 2022 09:57:13 AM