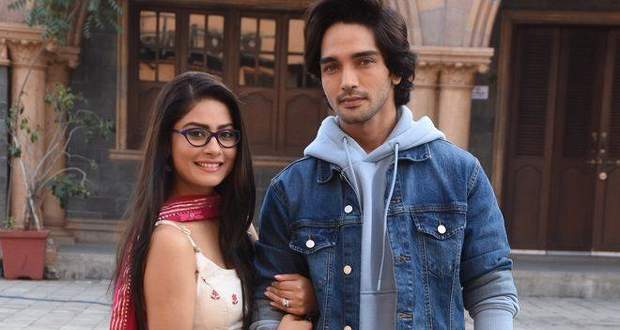 Today's Kuch Toh Hai Naagin 13 February 2021 episode starts with the voiceover introducing Rehan as the son of Veer-Bani and saying that his powers are just the start and will fully unveil when he gets in his vampire form.

Elsewhere, Swati's mother sees the picture of Bani with her friends and says that it is not supposed to be there.

A flashback shows that Bani going to her and asking for her help.

The lady thinks if Bani is there or not while Priya roams near the bridge and her Dupatta falls.

Suddenly, the fire erupts around the bridge while Rehan takes the Dupatta and gives it to Priya.

Rehan realises that the fire erupted because of the girl and wonders what she was.

Reagan reaches home and meets Soumya and asks her for a favour.

She asks him why she is home and he shows her a piece of paper while the flashback shows a man asking Rehan for help as another man stole his wallet.

Rehan goes into the jungle and catches the thief while the thief saves his life by giving him the paper and saying that he will get all his answers at the written address.

Rehan tells Soumya about the incident and tells her that he will get all the answers to his past in Missouri while she says that she loved him the moment her father brought him into the house.

Elsewhere, Priya wonders who hid the picture while Swati's mother hides it in the cupboard.

The next morning, Rehan's family informs him about Arnav liking Swati while Priya notices Bani's picture in the drawer and takes it.

Pam notices it while Priya realises that she is one of the girls in the picture.

Siddharth comes there and informs that Arnav's family has sent a Marriage proposal for Swati.

Reagan notices the number on a pamphlet is the same as the paper he has while they are going to Swati's house and thinks to find out about it later.

Priya asks Pam about the picture and Bani but she denies knowing any of them.

Later, Priya is about to get hit by Soumya's boyfriend. Rehan stops the time and saves her while the leaves of the tree they are holding start falling.

Priya goes while Mohit apologises to her and offers to give her a ride and Rehan sees them from far away and brings out his fangs.

Reham comes there and removes the leaves from her hair after which Priya heals her wounds while Pam gets shocked seeing it.

Meanwhile, Minnie and her friend think that Priya is a witch.

Priya notices Rehan and thinks to teach him a lesson for talking rudely with girls.

© Copyright tellybest.com, 2020, 2021. All Rights Reserved. Unauthorized use and/or duplication of any material from tellybest.com without written permission is strictly prohibited.
Cached Saved on: Tuesday 2nd of March 2021 02:59:05 PMCached Disp on: Wednesday 3rd of March 2021 11:29:22 AM