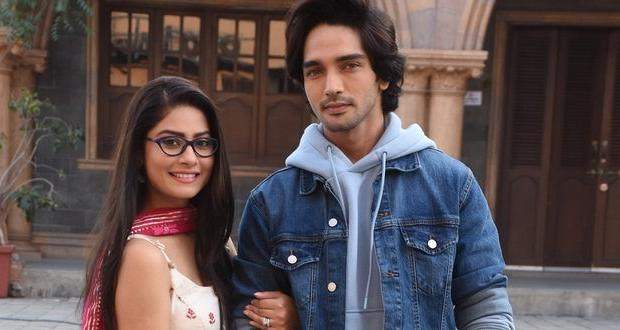 Today's Kuch Toh Hai Naagin 14 February 2021 episode starts with Priya standing in front of Rehan and folding her hands while he notices her.

She also eats the grape aggressively like him and mocks him while he laughs at her and gives a tissue to wipe her mouth.

He goes upstairs while Siddharth tells Priya to go after him and gives him Gulabjamuns.

She goes after him and he hides from her using his super speed.

However, she also uses her super-speed and reaches him while she gets startled to see her.

She tells him to eat the Gulabjamun but he denies after he which he vanishes when she is not looking.

He goes to see the pamphlet but gets shocked seeing that there is no number that he saw earlier.

Later, Rageshwari/Rags goes to a lake and talks to it like a person and says that Cheel-Naagin's son is here and the girl is also her while thinking that something big is going to happen.

Priya tells Swati that she is going to look for a job while she says that she will tell Sid to help her find a job.

Meanwhile, Rags says that the time for Rehan to become a fully turn into a vampire while he is seen shouting into the jungle who are his parents and he has this curse.

Priya goes near the same jungle and wonders the colour of the leaves have changed when she sees Rehan.

She hides behind a tree and watches him go while the colour of the forest goes back to normal.

Aru and Minty look for something in the secret library while Aru notices the numbers 13,3 and 2021.

Rags says that Rehan will turn into a full vampire on 13th March while saying that Rehan and Priya's faith is connected.

At the same time, Priya's is riding her bicycle while Rehan drives his jeep beside her and goes past her.

Suddenly, Priya uses her super-speed and goes past him while the tattoo behind her neck is revealed which is the same as drawing on the paper Rehan has.

Rags says that she will separate Rehan and Priya at any cost.

Rehan crashes into Priya while he asks her how she got ahead of him.

She changes the topic after which he offers to give her a ride home.

Rajeshwari sees Priya and Rehan from the window while they are arguing.

Priya's Dupatta gets stuck while Rehan tries to remove it when suddenly the Dupatta catches fire.

He lies to Priya that it must have been the spark plug and goes.

He reaches how where Soumya informs him that Tina is here to see him and he gets frightened hearing Tina calls him baby and he hides from her.

Sid tells Priya that he is taking up his college funds while Rags asks for the rent.

Swati comes there and tells Priya that she got her a job at Rehan's cafe.

Rags gets angry and says to let Priya go which shocks everyone.

© Copyright tellybest.com, 2020, 2021. All Rights Reserved. Unauthorized use and/or duplication of any material from tellybest.com without written permission is strictly prohibited.
Cached Saved on: Monday 10th of May 2021 04:47:32 AM