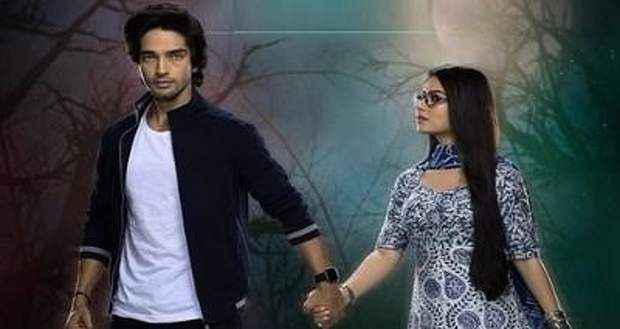 In reality, Pam kills Soumya as she secretly steals Priya’s bracelet, and before Soumya says anything Pam attacks Soumya with it.

Priya then leaves the city and heads towards Masoorie.

Meanwhile, Pam emotionally influences Rehan and hypnotises him with her magic. Pam comes downstairs with Rehan. Pam reveals her identity and tells Shashank she was the one who planned everything prior to becoming the world’s deadliest demon.

Priya feels the pain as she rides the bicycle. She sees things blurry. Priya gets confused whether why is she seeing a lotus, the place, and a sword.

She goes home and sees Mini, Shashank lying on the floor. Aru tells her to pick up the phone. She comes to know that Pam is a devil and has taken Rehan somewhere. She then recalls Rageshwari’s last words Kamal bawdi. She goes there.

Priya tries to confront Pam but Rehan losses all his Adi Shak powers.

Pam starts walking out of Kamal bawadi. Priya recalls that the lotus can help Rehan get back his life. She sees a sign similar to her birthmark it then turns to a lotus. She keeps the lotus on Rehan’s chest and when her teardrop falls on his face he comes back to life.

Aru comes in between and tells Priya she must keep Pam inside Kamal bawadi or else Pam will get more powerful.

Rehan says though he has lost Adi Shak powers he is still a Adi Jheel as he is the son of a Naagin and the Eagle.

Priya and Rehan attack Pam. Priya holds Pam and bites her on the neck and Rehan uses his Adi Jheel powers.

A war takes place and they both kill Pam and Rehan gets back his powers.

Rehan apologizes to Priya for his misconduct. Priya forgives him and tells him how much she loves him. Rehan expresses his feelings for her.

Rehan and Priya hug each other. All other family members come there and celebrate their happiness.