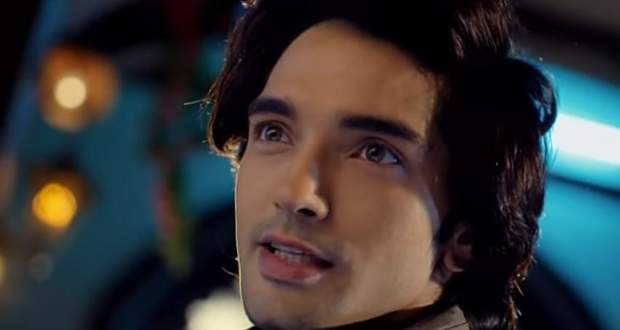 Today's Kuch Toh Hai Naagin 28 February 2021 episode starts with Rehan telling Priya to tell everyone that they are going to marry.

She asks him how she can marry while he tells her that it is just a lie cause they are not made for each other.

She questions why everyone is judging her based on Mohit's perspective and that she has become an easy target.

She agrees to follow his plan but makes him promise that he won't hurt her family or anyone.

She is about to go while Reham holds her by the waist and teleports themselves into his room.

He gives her an outfit to change into while she tells him to get ready to go an impressive proposal.

Meanwhile, Mohit is asking for Priya while Rehan comes downstairs and announces that she will be down in a minute.

Swati wonders where Rags went while Rehan tells everyone that all the misunderstandings will be clear once Priya comes downstairs.

Priya comes downstairs while Reham gets mesmerised by her and complained her while praising her nature.

He proposed to her which shocks everyone.

Suddenly, Priya tells Rehan that he might have a misunderstanding and tells him that he is going too far.

She says that she has feelings for Mohit and the ring from Reham's hand falls while Soumya starts crying.

A flashback shows Priya getting ready in Rehan's room while she suddenly sees Rags kidnapped on the TV screen and a voice comes from the speakers that she has to follow what is written on the note of she wants to see her alive.

At present, Priya says that she is selfish too and can't give up Mohit while Tehan stops time and takes her in his arms and takes her away.

Time starts and family looks for Rehan and Priya while Swati and Arnab look for Rags.

They find Rags tied to a chair in the storage room and free her while the hooded person runs away through the window.

Rags realises that the full moon has appeared and goes out to look for Priya.

Elsewhere, Rehan pits down Priya and she suddenly hugs him which shocks him.

He pushes her away while she hid his phone from him in her hands as he accuses her of ruining is sister's life.

She tells him that she has a reason to do it while Rehan gets into his animal form and black wings come out from his back.

Priya runs away and calls Rags who informs her that she is fine and tells her to run away from Rehan.

Regan flies to Priya and tells her that he betrayed him while she pleads with him to listen to her once.

However, he grabs her by the throat and pushes her to the ground.

She drags herself on the ground while Rehan sees the tattoo on her neck which is the same to the paper he had.

Elsewhere, Rags is trying to find Priya and noticed the moon getting red and realises that Rehan is going to become a full vampire soon.

Reagan grabs her by the neck and first her while she remembers the promise she made to Rags of not using her powers.

She falls unconscious while he notes her neck.

She falls down while he goes away.

Rags reach Priya who tells her that she kept her promise while Rags tells her to heal her wounds.

Rags takes Priya's dead body to the mysterious lake and puts her in the lake.

Rags demand the water to bring Priya back to life.

Suddenly, light bubbles start erupting while Priya's body is dragged into the water.

Elsewhere, Soumya cries and asks for Rehan while Mohit looks from afar.

Rags tells threatens the water that she will use the Vardan that was given to her by the angel.

Upcoming Kuch Toh Hai Nagin Ek Naye Rang Main episode update: Priya to come back in a new avatar to get her revenge.