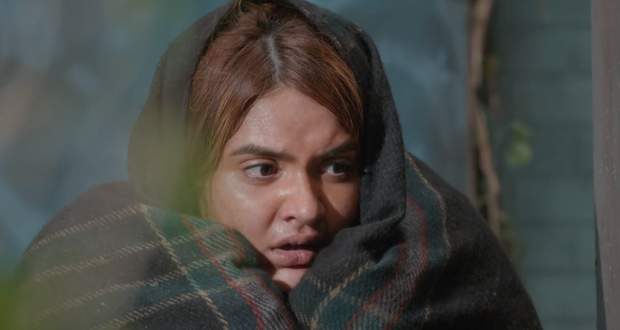 Today's Kulfi Kumar Bajewala 10 Sep episode starts with Amyra giving the money to the less fortunate. She further apologizes and says she will never do such a thing again.

Lovely and Nihalo escape the jail by tricking the police. Meanwhile, Sikander praises Raju Mummy for his way of raising kids.

At the end moment, Lovely ditches Nihalo by pushing her off the truck.

Sikander tells his daughters that they are having the Friday party at their house and decide on what to make. They decide on making a cake without an oven.

Samaira calls Amyra and accuses her of ditching them at the café. She further says they can’t be friends which upset Amyra.

Meanwhile, Samaira decides to take revenge from Amyra for their insult. Later, everyone in the Chawl gathers at Sikander’s place to party and enjoy.

Lovely is hiding from the police while they are searching for her everywhere. In the morning, Samaira visits Amyra’s Chawl and say they will give a chance to her.

Samaira asks for a contribution of three thousand for a fare and Amyra says she will give later.

Lovely arrives at the same Chawl to see her daughter. Samaira enquires about the movie from Sikander which Amyra had lied about.

Amyra tells the truth about her state on Sikander’s demand. Lovely decides to enter the crowd and take Amyra along. Later, Amyra deduces Samaira is just trying to insult her with her sweet talk.