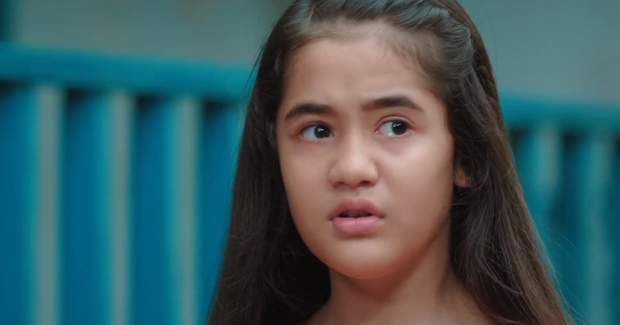 Today's Kulfi Kumar Bajewala 11 Nov episode starts with Kulfi thinking about Sikander’s words on her way back home. On the way, she meets Tejaswani who asks her to tell her the truth.

She further lies about a lot of people dying in the building to get the truth. She further asks if Sikander has done it.

She gets a paper from him which has the answer to every question. There is an address on the paper and the man disappears. She later hears Tejaswani admitting that she lied about a lot of people dying in the building.

Later, Kulfi arrives home and tells Sikander about Tejaswani’s inquiry. She tricks him in saying if anyone died in the building and gets successful.

Sikander gets worried and asks Sandy how he can make a huge mistake. Kulfi witnesses his worried state and learns her father is not a bad person.

Kulfi tells Tejaswani that her father has done nothing and is not a bad person. She decides to bring the good side of Sikander.

She forcefully feeds him Prasad but still, Sikander is upset and tries to get Prasad out of him. Later, Sikander learns nobody died in the building and knows Tejaswani is playing a game.

Upcoming Kulfi Kumar episode update: Kulfi goes to Kartarpur to pray to god about her father.