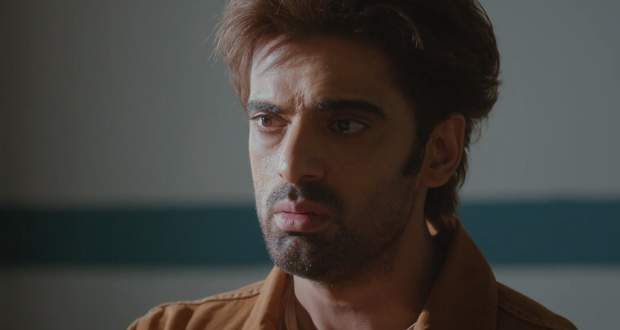 Today's Kulfi Kumar Bajewala 11 Oct episode starts with Sikander remembering the sacrifices made by the Chawl members for him. Meanwhile, Chawl members are troubled by the goons of Jimmy.

Sikander also remembers the time when in the Chawl, electricity and water supply was cut. He is adamant to fight Jimmy as he has very little time left.

Meanwhile, Kulfi says his father can never do wrong and proposes to show all the rooms. At the same time, Sikander remembers the time when he met Fateh Gazdar and decided to kidnap him.

Fateh, on the other hand, breaks free from the ropes and shouts for help. Kulfi brings in goons in the warehouse while Himmat says he can break the lock.

Fateh thinks Sikander has arrived and hides in a corner. At the same time, Sikander returns in the Chawl and enquires from Kulfi about the condition.

Sikander finds the warehouse empty and himself falls unconscious. He doesn’t tell anything to Kulfi while she gets suspicious.

Sikander runs on the doors and again remembers the time when he was told he has a clot in the brain and can’t be operated. The doctor had further told him only a doctor in New York can do it.

The doctor also informs that if the clot bursts, then he might die. Later, Sikander finally catches Fateh and kidnaps him again.

Upcoming Kulfi Kumar episode update: Kulfi gets suspicious about Sikander and decides to search the godown.