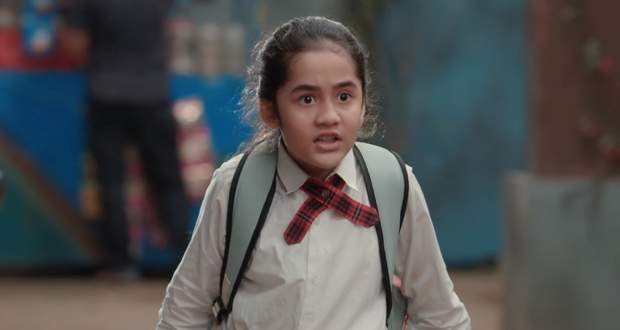 Matka opens the cupboard instead and gets scared. She asks him to not shout and tells him she is hiding from some goons.

Matka also brings her water and something to eat which is witnessed by Kulfi. She gets suspicious and decides to ask him.

Meanwhile, Sikander and his boss bond over a glass of Lassi. Sikander enquires about his emotional breakdown on the song.

Lovely hides before Kulfi sees inside and Matka lies about eating the food. Later, Kulfi and her friends rehearse for the dance competition.

Lovely decides to cut Amyra’s costume tale so that she can recognize her later. At the same time, Sikander’s boss wishes to attend his Chawl Ganpati function.

Kulfi enquires about Amyra’s upset state. Amyra says she saw a witch who had a face just like her mother.

Later, Sikander arrives with his boss in the Chawl. The Chawl members get happy with his presence as he is a big personality.

The celebrations for Ganpati Utsav start while Lovely plans to come out of the cupboard. She is caught by Himmat Kaur who asks for her presence.

She asks her to bring plates from the backside. Kids come to give her the costume of Ganpati and ask Himmat to let her stay.