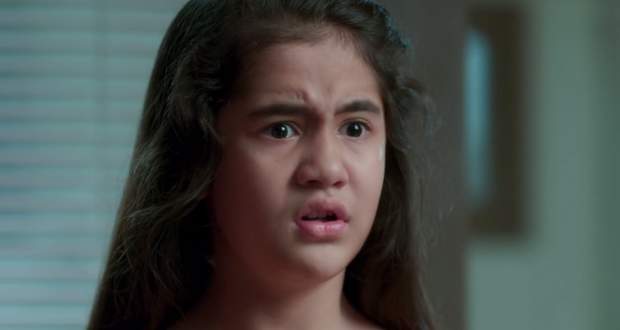 Today's Kulfi Kumar Bajewala 21 Oct episode starts with Sikander getting ashamed of his actions and putting turmeric paste on Fateh’s hand and legs. He is helpless and has to do it to make his daughter’s future safe.

Kulfi reminds Sikander of doctor’s appointment for the MRI scan. Sikander is afraid of getting his secret exposed while Kulfi is adamant to get him tested.

Sikander promises to make his daughter’s life better before dying. Meanwhile, Jimmy refuses to return any money to Sikander and is confident about his plan.

Jimmy hires someone to keep an eye on Sikander’s every move. Later, Sikander decides to make a video for his daughter’s for the time when he will be dead.

He wants them to not give up and stay strong in difficult times. He explains why he kidnapped Fateh and turned evil. He says he did it because he knew he was dying.

He turns emotional while telling his daughters how much he loves them. He further wants to guide them to survive and be together in difficult times.

Later, in the morning, Sikander is told he has to deposit twenty thousand to get the test done. Kulfi is suspicious that Sikander wants to run away from the test and has the money ready.

Sikander refuses to take the money while Himmat requests him to get the test done. Kulfi takes the bottle from him and sends him to the MRI room.