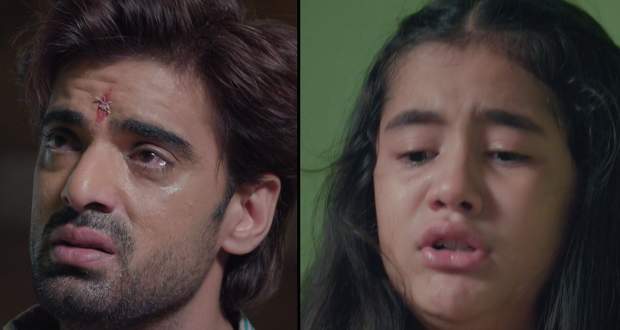 Later, Amyra wishes Sikander while Mahinder stops Kulfi from wishing Sikander. He tells her to wish Vikram instead.

Vikram informs that Jimmy wants Kulfi to perform on another event. Kulfi says she doesn’t want to go. Mahinder consoles her by telling her not to make mistakes as Sikander.

Later, Sikander finds a letter from Kulfi stating he is her only guru and she will perform the rituals at night with him.

Mahinder is upset with his decision of breaking Kulfi and Sikander’s bond. Gunjan says he should break them apart.

She says about everyone being guilty in the house, followed by some other things which shock Kulfi.

Sikander reaches Kulfi’s home to find her crying. She confronts him about why he didn’t do anything when Lovely killed her mother.

She further says Amyra was right in calling him a liar. When Sikander tries to console her, she tells him to stay away from her and also throws the bracelet tied by him.

She also says he is neither her father nor her Guru.