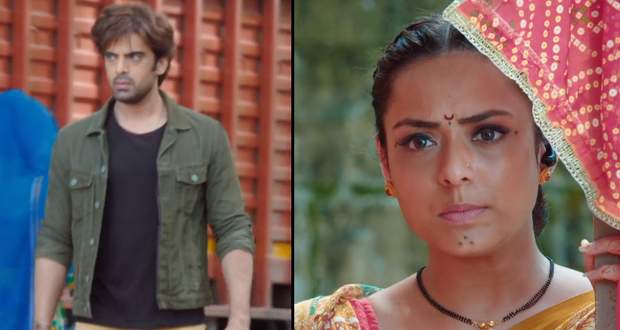 He asks him to bring Fateh behind the temple to return him back to Jimmy. Meanwhile, Kulfi is walking on her knees to do the remorse of her father’s deeds.

Sikander is followed by inspector Tejasvani and asks her team to come behind the temple. Kulfi asks for forgiveness from Goddess while Sikander is on his way to the temple.

Sikander is suspicious about the people in his surroundings and knows he is being tracked by police. He tricks the police and gets missing from the target of the police.

Tejasvani sees him walking inside the temple and follows him. She learns that Sikander is with daughters in the temple singing a Bhajan.

Jimmy gets a call from Raju Mummy and later finds Fateh in his car. Tejaswani deduces Sikander is not the kidnapper as he has made no calls.

Sikander had made the plan of using Raju Mummy to return Fateh. Tejasvani tries to ensure Jimmy that Sikander is not the kidnapper.

Sikander later decides to use the wrong path to collect money for his daughters.