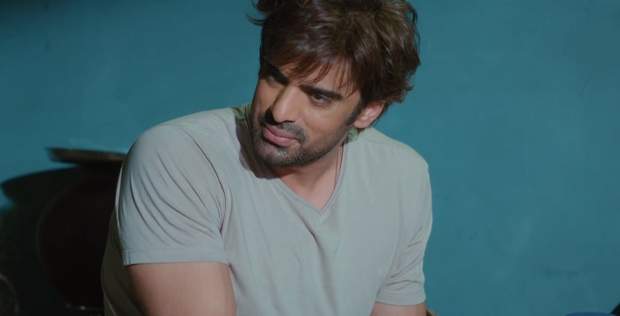 Today's Kulfi Kumar Bajewala 25 Oct episode starts with Kulfi giving the Prasad of Goddess to Sikander. Sikander gives the Prasad to the pandit and comes out of the temple with his daughters.

Later, Sikander sees a nightmare wherein he is taken away from his daughters by death. He takes his medicine bottle and comes out of the room.

Sikander is concerned about his health and reveals he is not well. He tells him he has a blood clot in his brain which will end his life when it bursts.

Sikander wants to make his daughter’s strong and wants them to fight alone. In the morning, Sikander gives Amyra and Kulfi breakfast in bed.

Sikander says he has to go for one day out for some work. He instructs them about taking care of themselves and each other.

Upcoming Kulfi Kumar episode update: Sandy entices Amyra and Kulfi against each other.

© Copyright tellybest.com, 2018 & 2019. All Rights Reserved. Unauthorized use and/or duplication of this material without written permission from tellybest.com is strictly prohibited.
Cached Saved on: Thursday 30th of January 2020 09:03:33 PMCached Disp on: Thursday 20th of February 2020 06:51:25 PM