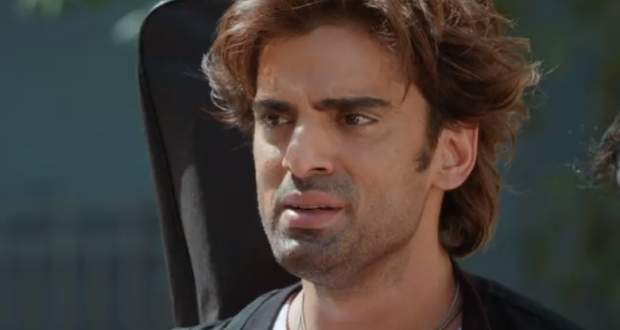 Today's Kulfi Kumar Bajewala 2 Sep episode starts with Raju Mumma saying everybody will stay in the Chaal together. All the neighbours gift something to Sikander and his family.

The kids request Sikander to perform a song for them. He sings a beautiful song about life and its struggles. Kulfi also joins him in her melodious voice.

Meanwhile, Lovely requests her father to get her out of jail. She also requests to get Amyra out of the Chaal.

Sikander decides to do any kind of work for her daughters. At the same time, Lovely is angry with Sikander and slaps Kamini.

Amyra refuses to go to his old school as she fears being embarrassed there. Sikander later catches Amyra talking to his grandfather and asking for AC.

Sikander gets upset and tells her not to beg in front of anyone. Later, he sings in a private party to earn some money.

Meanwhile, Lovely gets beaten up by police for creating trouble in jail. She asks Nihalo to get her out of jail.

Sikander receives his pay and informs Amyra that he will bring AC for her. Later, he comes empty-handed which disappoints Amyra.

He was confronted by Jimmy’s employees and was told he can’t sing the songs sold to Jimmy. He had to give the payment to them to pay the penalty.

Upcoming Kulfi Kumar episode update: Everyone in the Chaal refuses to bring Lord Ganpati even after Kulfi’s requests.