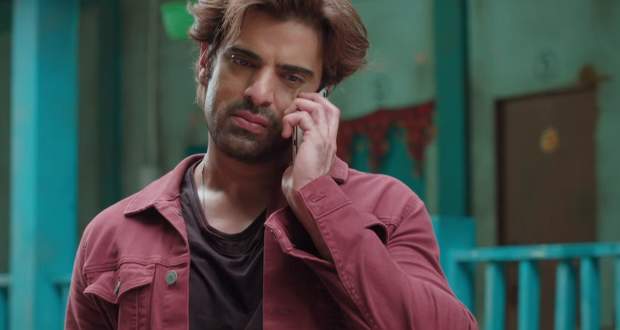 Today's Kulfi Kumar Bajewala 4 Dec episode starts with Kulfi returning the mouth organ to the boy crying for it. Meanwhile, Raju mummy reveals that Sikander’s album is a superhit.

Sikander just wants to create an empire for his family. Meanwhile, Lovely shares her feelings with her friend while her friend wants her to think about herself.

Later, Kulfi gives Sikander’s mouth organ to him and also brings the man who had it. The man apologizes to Sikander while the boy wants him to play the organ.

He plays a beautiful song while also asks the man to play. Sikander gives the mouth organ to the mentally unstable boy as he is attached to it.

Sikander receives a call from his doctor and learns that Dr. Shephard’s team of doctors doesn’t think his clot can be treated. She further says they are trying to contact Dr. Shephard.

Kulfi hears his conversation and starts crying. Sikander doesn’t want Kulfi to have false hope as he is surely going to die and wants her to accept the truth.

Lovely again confronts Sikander and wants to hear the truth from him. She further wants Sikander to take them back to their old house.

Sikander can’t go back as he has captured the house back and not earned it. Meanwhile, Kulfi meets Sikander’s doctor and asks to save her father. She further tells her that Sikander has only 30 days.

© Copyright tellybest.com, 2018, 2019, 2020. All Rights Reserved. Unauthorized use and/or duplication of this material without written permission from tellybest.com is strictly prohibited.
Cached Saved on: Friday 2nd of October 2020 04:19:41 AM