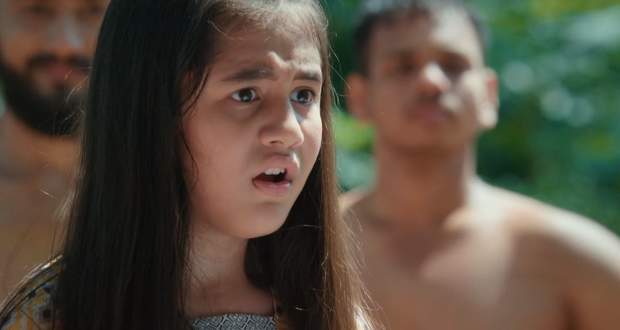 Today's Kulfi Kumar Bajewala 4 Nov episode starts with Kulfi and Amyra finding out their coin is with the wrestler. The wrestler threatens them to leave while later Yusuf is been taken care of by Chawl people.

Sikander worries for his daughters and decides to keep an eye on them. Kulfi and Amyra want Sikander to help them while Himmat Kaur warns Sikander not to return.

Jangiya starts doing exercise to fight the Mahabali Pehalwan while Kulfi still wants to take Sikander’s help. Sikander gets a call from Mohsin and tells him to wait for his call.

The next morning, Kulfi and Amyra get delighted to learn that Sikander is going to make a music video with Mohsin Khan. Kulfi decides not to trouble her father and decides to get the coin on their own.

All the kids in the Chawl make some excuses to get out of the Chawl. Amyra is the first one to enter the Akhada and takes their pictures.

She later threatens to spread the news of them being thieves. The wrestler doesn’t get scared and ask her to take another nice picture.

Later, Kulfi enters the Akhada and requests Mahabali Pehalwan to return their coin. Mahabali asks her to make him smile while Kulfi sings a song for him.

Pehalwan refuses to give the coin and offer Lassi instead. Kulfi, Amyra, and other kids are pushed by the wrestlers while the scene is witnessed by Sikander on a video call.

Sikander tries to give advice to the kids by telling them a story.

Upcoming Kulfi Kumar episode update: Kulfi sees the poster of an open challenge by wrestlers and reaches the Akhada to accept the challenge.