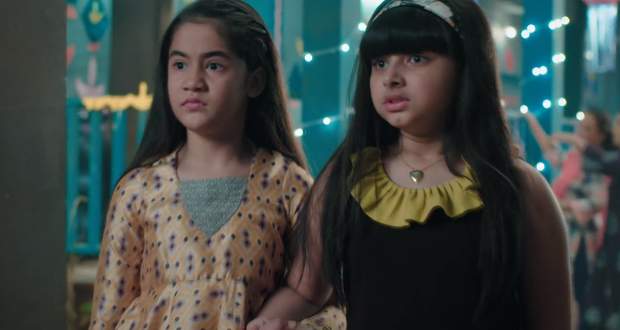 In the morning, Mohsin Khan launches Sikander Singh Gill in his album in front of the media. At the same time, Jimmy arrives and questions him about working with Sikander.

Mohsin Khan slaps Jimmy when he insults him. Jimmy threatens to spoil his career while later Sikander shows the video of Mohsin slapping Jimmy to the Chawl members.

Sikander gives a lot of Diwali gifts to his daughters and Chawl people. Later, Kulfi and Amyra tell their plan of challenging wrestlers to other kids.

Sikander starts recording his song while Kulfi, Amyra, and their friends reach the Akhada. Meanwhile, Jimmy decides to steal Sikander’s song before its release.

Kulfi tells Mahabali Pehalwan that they are there to give a challenge to him. At the same time, Mohsin Khan gets happy with Sikander’s song.

Kulfi gives a weird challenge and says she will stop the sunlight from falling on their eyes without even touching them. Mahabali Pehalwan accepts their challenge.

Sikander instructs Sandy to tell his studio name to Jimmy Gazdar. Meanwhile, the wrestlers try to stop the sunlight from falling in their eyes but fail.

Kulfi and Amyra put sand in the wrestler’s eyes to stop sunlight from entering their eyes.