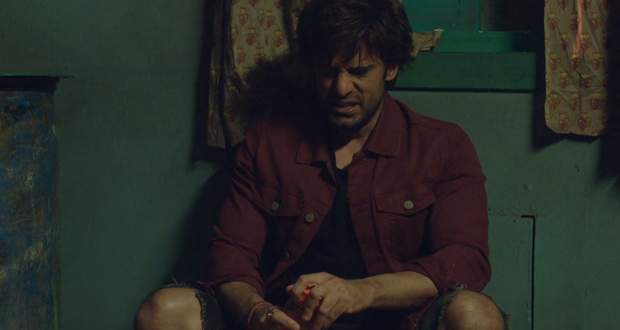 Today's Kulfi Kumar Bajewala 7 Nov episode starts with Sikander getting a call from Sandy stating Jimmy is not telling the address of godown. Sikander gets an idea from the kids for tricking Jimmy.

At the same time, Jimmy gets a call from the police stating they know the addresses of his pirated CD business and they were keeping an eye on him.

Jimmy thinks the call must be fake but Sandy makes him believe the call was real. The call was made by Raju Mummy while Kulfi asks about Sikander’s plan.

Jimmy asks to empty the godown of pirated CDs while Sikander gets information from Sandy. Sikander keeps his phone for charging while Kulfi picks the call.

Sandy is on the other line and Kulfi is able to hear only Andheri East and Old Tank Road. Kulfi lies and says she didn’t understand anything on the phone.

He gets all the pirated CDs in his custody. Sikander burns down the whole godown while Kulfi witnesses the scene and gets unconscious.

Jimmy learns that some inspector has taken his CDs. Raju Mummy calls him to make a deal in return of the CDs.