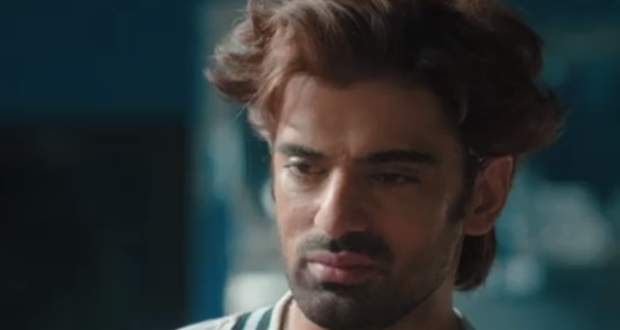 Today's Kulfi Kumar Bajewala 8 Aug episode starts with Mia telling Kulfi about a school in Panchgani. Kulfi wants to know if she will get the academic education as well.

Mia tells her she will be taught both music and school subjects. Meanwhile, Sikander is disappointed with his actions and feels lonely.

In the morning, Amyra is not ready to go to school. She has also spoiled her school uniform which makes Lovely angry.

Sikander meets his friends and wants to produce a musical for his daughters. His friend says he can’t help him in his imaginary plan. At the same time, some Feroz Multani comes and shows interest in his idea of musical. He shows Sikander his auditorium.

Meanwhile, Kulfi is packing to leave for her boarding school and is very excited.

Later, Sikander tells Amyra about a musical play and its audition to Amyra. He wants Amyra to participate in it.

Sikander comes to meet a guy named Peter and wants him to direct his musical. Peter says he will work but after 6 months.

Sikander tries to convince him a lot but fails. Sikander meets Kulfi and wants her to participate in the musical. He says he is not connected to the musical.

Kulfi tells him about her plan of going to a boarding school in Panchgani. Sikander says she can’t change destiny and that his heart says she will forgive him one day.

Kulfi proposes a weird way of deciding her fate. She gives him a spoiled coin and tells him to circulate it randomly. She further says if the coin will come back to her, then she will not go to the boarding school and will take part in the musical.

Upcoming Kulfi Kumar episode update: Sikander decides to give the coin to a beggar while Kulfi leaves for boarding school.