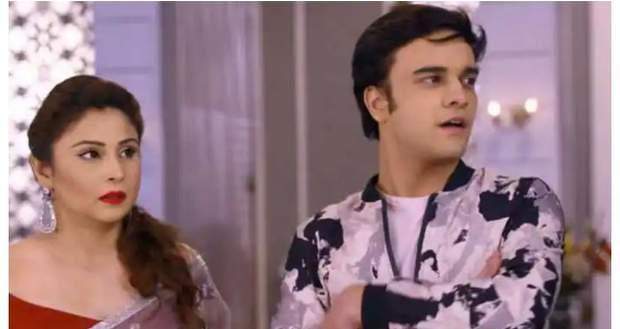 Today's Kumkum Bhagya 10 December 2020 episode starts with Aaryan questioning Ranbeer about his bad mood. Ranbeer gets emotional and tells Aaryan that he has to leave Prachi for the sake of his mother.

Sarita tells Prachi that Abhi and Pragya might got into argument over Rhea’s topic. Meanwhile, Raj tells Mitali that Aliya has brainwashed Rhea against Pragya.

Daadi talks to Abhi and questions him about the reason for getting married to Meera. She asks him to think twice before taking any decision.

Pragya cries out loud on recalling Abhi’s harsh words, while Pallavi stands against Ranbeer and Prachi’s marriage even after knowing that Prachi is Abhi’s daughter.

She decides to fix Ranbeer and Rhea’s Roka ceremony at Abhi’s house. She goes to the Mehra house and gets to know about Meera and Abhi’s marriage.

Rhea gives a hug to Abhi in the morning and gets excited about his marriage. She tells him that she can tell Prachi now that she also has a loving mother.

Pallavi congratulates Abhi for his marriage and then informs him that she wants to fix Rhea and Ranbeer’s marriage as well.

Abhi agrees for the marriage proposal and asks Vikram to hug him. Rhea questions Ranbeer if he likes her or not.