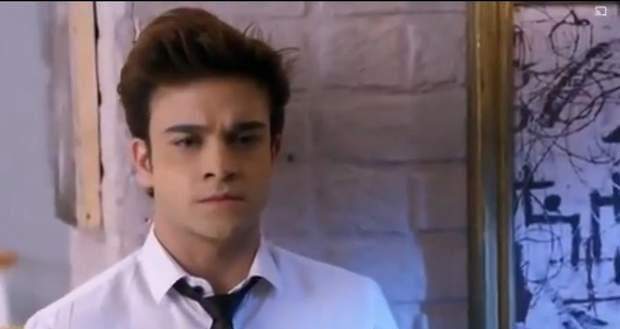 Today's Kumkum Bhagya 11 January 2021 episode starts with Abhi putting Haldi on Pragya and telling her that he is putting something on her for the last time.

He reminds her of their past and tells her that she is the most beautiful girl for him.

He warns her that she will lose him if he marries Meera while she tells him to don't.

She sees Meera coming towards them and crushes his foot to get him away from her.

Elsewhere, Ranbir gets angry at Rhea and tells her to never say a bad thing about Prachi.

Meera goes inside the room to look for Abhi but doesn't find him while he and Pragya are hiding behind the door.

Pragya goes but Abhi pulls her by her Pallu and wipes his face with the Pallu.

She leaves and Abhi leaves after her while Mitali sees them and gets suspicious.

Later, Prachi cries remembering Ranbir's words while Sahana comes there and consoles her.

Ranbir kidnaps Sahana when Prachi isn't looking while Aaryan gets confused witnessing it.

Baljeet and Saritha are taking about how Meera's Haldi didn't happen while Purab comes there and says that Haldi ceremony did happen, but of Abhi and Pragya.

Mitali voices her suspicions to Aaliya and she replies that she knows how to handle the situation.

Elsewhere, Ranbir questions Sahana why Prachi isn't talking to him.

Aaliya goes to the library and gives Digvijay documents and tells him that he will use it when she tells him to.

Aaryan recalls the incident during Diwali night while Ranbir realises that Prachi is breaking up with him on Rhea's commands.

© Copyright tellybest.com, 2020, 2021. All Rights Reserved. Unauthorized use and/or duplication of any material from tellybest.com without written permission is strictly prohibited.
Cached Saved on: Sunday 25th of July 2021 02:46:54 PM