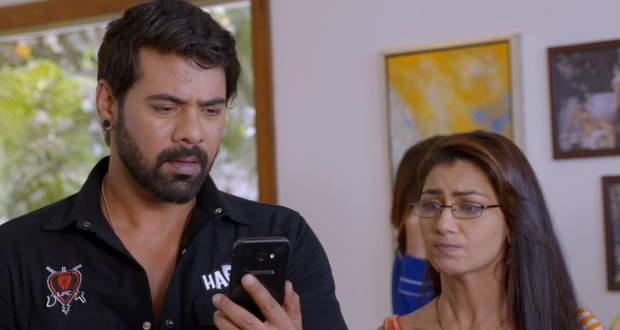 Today's Kumkum Bhagya 12 May 2021 episode starts with Pragya trying to talk to Abhi but he keeps teasing her and doesn't let her speak.

She is about to tell him while Mitali informs them that Mr. Singhania has come.

Baljeet fights with Mr. Singhania and demands him to go without hearing his requests to hear him out.

However, Abhi comes there and Mr. Singhania reveals to him that Tanu has proposed a deal of taking back the case if Abhi agrees to marry her.

He insults her and tells her that he will only ever hate her.

He further praises Pragya in front of her which cause Tanu to have a breakdown.

Meanwhile, Pragya gets tensed for Abhi and decides to accept Tanu's offer while Aryan and Rhea overhear them.

Aryan goes to Prachi and informs her of what they have learned while Rhea ponders over what to do.

Elsewhere, Pragya tries to convince Abhi to accept Tanu's proposal but Prachi and Rhea come there and tell them that they have a solution.