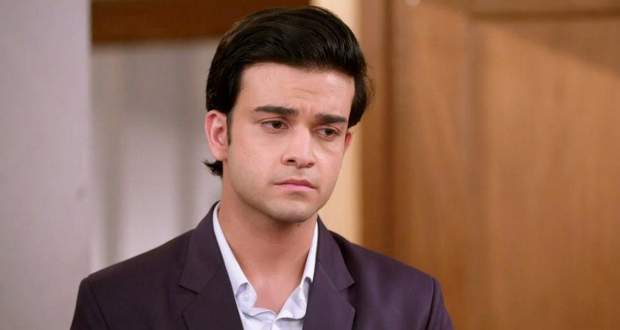 Today's Kumkum Bhagya 13th May 2022 episode starts with Prachi telling Rhea that neither she nor Ranbir can snatch her Mangalsutra from her and rebukes her.

Further, Prachi mocks Pallavi for wanting a daughter-in-law who cannot even handle her Mangalsutra, let alone her husband.

Prachi is about to leave when Aaliyah stops her and accuses her of stealing Rhea’s Mangalsutra out of jealousy.

However, Prachi doesn’t budge from her statement while Pallavi tells Prachi that she will make Rhea apologize to her if she can find the supposedly ‘stolen’ Mangalsutra.

Prachi goes to find the Mangalsutra while Pallavi and Aaliyah bad mouth her behind her back.

Suhana defends Prachi and argues with Pallavi and Aaliyah while Ranbir shouts that he will leave the house if they argue anymore.

Elsewhere, Prachi informs Dida about the accusation against her stating that she will find the Mangalsutra to get the apology from Rhea.

Back in the hall, Rhea convinces Pallavi that Prachi will bring the Mangalsutra from her room and will act as she found it in Rhea’s room to get the apology.

Pallavi announces that she will make Prachi apologise to Rhea after making her confess the truth about stealing the Mangalsutra.

At the same time, Prachi is looking for the Mangalsutra in Rhea’s room when Ranbir comes there and questions her if she believes in everything she said in the hall about Mangalsutra.

Ranbir gets silent and looks away when he notices the Mangalsutra tangled with the towel beside the sofa and shows it to Prachi.

Prachi rushes to the hall with the Mangalsutra and demands an apology from Rhea.

However, they do not believe her after which Prachi requests Ranbir to tell them the truth and he reveals that he found it in the towel.

Looking smugly at Rhea, Prachi berates her and demands Pallavi to get her an apology from Rhea.