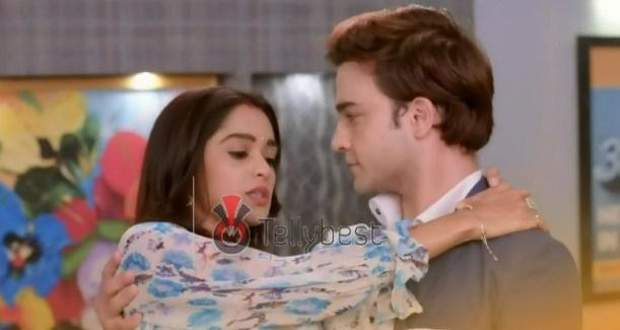 Today's Kumkum Bhagya 16th August 2022 episode starts with Dida asking Pallavi to be exact about whose side she is on and not support both sides.

Pallavi says that she had her valid suspicions regarding Prachi which led her to ask Rhea about the evidence she presented.

However, Pallavi also assures that she cares for Prachi and is on her side to reduce her stress as it can be bad for her pregnancy.

Pallavi says that if she finds that Prachi is lying then she will not be on her side anymore and will take action against her.

Vikram finds Pallavi’s argument logical and asks Dida to relax but Dida continues to think that she is missing something.

Meanwhile, Sahana asks Ranbir to drive the car as Aryan is a bad driver but Ranbir denies it as he is enjoying laying his head on Prachi’s shoulder.

Prachi says that Aryan should drive as Ranbir is a worse driver than Aryan.

Stopping by the temple, Prachi prays for her family’s prosperity while Ranbir stands beside her holding the umbrella.

Suddenly the umbrella flies away due to the wind and Ranbir and Prachi begin to get wet.

However, everyone stops searching for the umbrella as they see Prachi enjoying the rain by herself.

Ranbir joins Prachi and both jump together on puddles of water while enjoying the rain to their heart’s content.

As Prachi almost trips, Ranbir catches her and pulls her closer to him with their lips almost touching each other.

Dida scolds everyone after the four of them arrive home seeing that they got rained on.

As Ranbir and Aryan attempt to hug Dida, Sahana motivates her to slap Aryan which starts a fight between her and Aryan.

Prachi thanks Dida for stopping her that day which led to such happiness in her life.

Later, Ranbir takes Prachi to her room and helps her dry her hair with nothing but love in his gestures.

Shaina watches from afar and wonders why Rhea wants to come in between them so badly when Ranbir only loves Prachi.

As Shaina comes to Alia’s room, she hears Alia asking someone to send Sid’s dead pictures on her phone.

Alia notices Shaina and warns her to keep her mouth shut or else it will not be good for her.