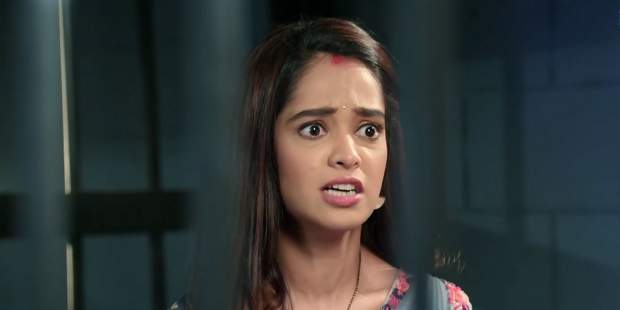 Today's Kumkum Bhagya 18 Jan episode starts with Pallavi telling Rhea that Prachi will return some or the other day.

She also asks her to calm down and let Ranbeer throw Prachi’s stuff out of the house.

Pallavi calls Ranbeer to find out where he is and Ranbeer tells her that he is out of Delhi for a meeting and will return home till the next day's morning.

Meanwhile, Pallavi asks Rhea to calm down and to start preparing for Lohri. At the same time, Ranbeer is remembering his old happy memories with Prachi.

The next morning, Jay arrives at Ranbeer’s house and Pallavi hears him talking with Ranbeer and finds out that Ranbeer is in Delhi and has reached the police station to rescue Prachi.

Ranbeer requests the police officer to leave Prachi as a lawyer was on his way with the bail papers.

But the police officer denies doing so and arrests Ranbeer for creating violence in the police station.

On the other hand, Pallavi tells Vikram that Ranbeer is back in Delhi and has reached the police station directly.

She asks Vikram to talk to Ranbeer about it.

In the jail, Ranbeer and Prachi start arguing with each other.

After some time Ranbeer finds out that Prachi is pregnant.

Later, Alia warns Pallavi that Rhea should not know that Ranbeer is back in Delhi.

Pallavi and Alia decide to make Rhea’s first Lohri special and memorable for her.