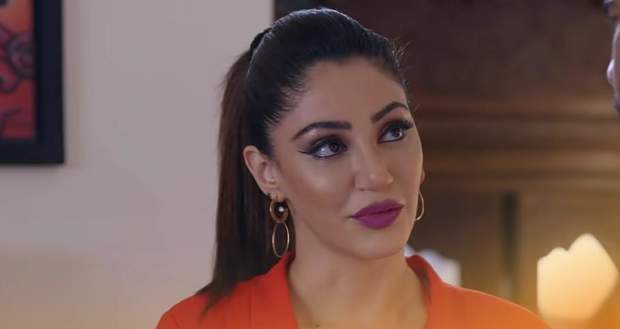 Today's Kumkum Bhagya 18 May 2021 episode starts with Prachi explaining the plan to Ranbir and leaving after snatching her phone from his grasp.

Ranbir and Abhi talk and tease each other while Rhea looks at them.

Elsewhere, Baljeet gives gold bangles to Tanu and praises her.

Meanwhile, Abhi comes there and tells Tanu to leave after which he praises Baljeet's acting skills.

He goes to Pragya who gives him Prasad and hopes that everything goes according to the plan.

He flirts with her while Aaliya comes there and gets upset with them for not involving her in their plan.

Saritha calls Pragya and scolds her for hiding about the Roka while Abhi takes the phone and tells her that he is coming there.

Abhi, Pragya and Prachi reach Saritha's house and reveal to her their plan.

Elsewhere, someone named Pradeep calls Tanu and demands his money while she cuts the call and gets tensed.

Tanu thinks to get married before Pradeep acts on his threat.

Abhi goes to Pragya's room and reveals to her that he has gotten their marriage documents done making her happy.