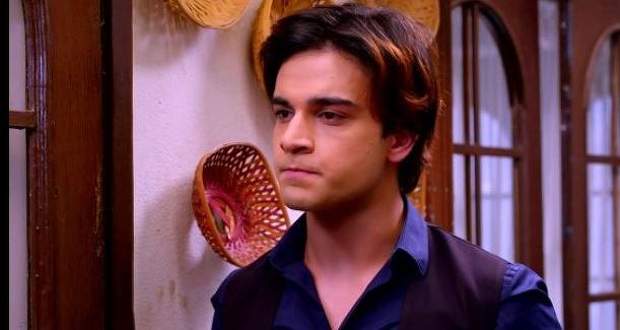 Today's Kumkum Bhagya 19 March 2021 episode starts with Ranbir leaving the hospital. A back story is revealed wherein she had asked Parth to not complain against Ranbir.

She also asked him to get admitted to the hospital and call Ranbir there as well. She had created the whole drama to make Ranbir hate her.

Ranbir leaves in anger while Prachi breaks down remembering the beautiful moments shared with him.

Mitali and Tanu try to instigate Alia against Gayatri aka Pragya. Alia talks to Pragya and says only she controls all the events at Mehra house.

Pragya puts a coin in her mouth and blames Alia, Mitali, and Tanu for not taking care of Abhi properly.

Mitali and Tanu show their frustration and Tanu asks Gayatri to leave the house and fires her. Pragya leaves while Alia is worried about who will take care of Abhi.

Pallavi calls Vikram and tells him about Ranbir breaking things in his room. Ranbir comes down with a box in his hand and says he is ready to marry Rhea.

Vikram is shocked while Rhea knows her plan is working. Later, Prachi is missing moments spent with Ranbir and wears the friendship band given by him.

Ranbir comes at the same time and shows her their past photographs. He further burns her photographs and ends everything with her.

He further tells her that he is getting married to Rhea. He invites her and asks her to bring Parth as well.