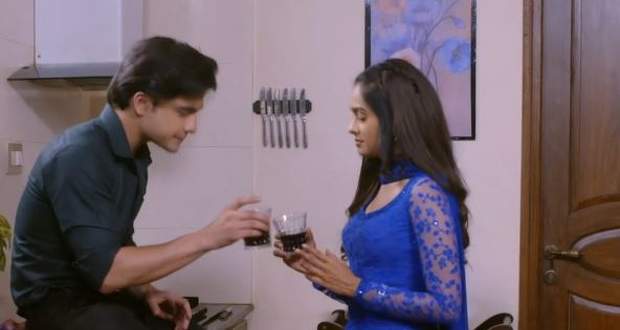 Today's Kumkum Bhagya 19 May 2021 episode starts with Pragya getting emotional while Abhi consoles her.

Meanwhile, Tanu dreams of getting slapped by Pragya and wakes up tensed.

Elsewhere, Prachi makes a sandwich and praises her while telling her to drink the soft drink.

Rhea comes there and tells him that Pallavi wants to talks to him and video calls her.

Pallavi asks about marriage and Rhea says that she should prepare for it after Abhi's case gets closed.

Ranbir goes after Prachi and tries to get her to confess her love but she stays silent.

Tanu again gets a dream of Abhi supporting Pragya and them standing up to her.

She feels threatened by Pragya and thinks to get her kicked out of the house to stop any future problems from arising.

Ranbir tells Prachi to remember that he is doing everything for her but won't be able to do so when he gets married to Rhea.

The next morning, Aaliya praises Pragya while she comes there and informs about Tanu calling her last night to meet up the next day.

Upcoming Kumkum Bhagya (KKB) episode update: Rhea and Aaliya get into an argument.