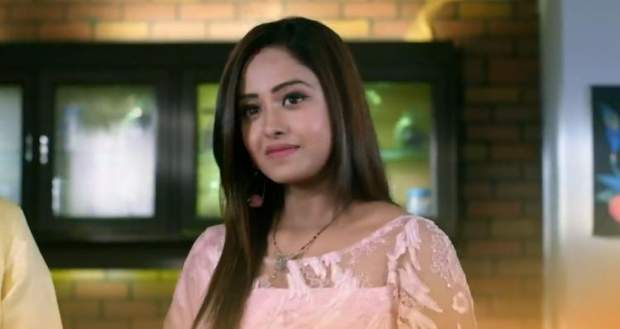 Today's Kumkum Bhagya 19th May 2022 episode starts with Prachi praying to God about Ranbir’s recovery as he is the only person who loves her unconditionally.

Sahana comes up from behind and spots Prachi crying in front of the god for Ranbir’s sake and confessing how much she loves him.

As Prachi sees Sahana, she hugs her while sobbing on her shoulder.

Sahana questions Prachi why she is praying for Ranbir’s recovery when he will stay with Rhea and not her.

Further, Sahana asks Prachi to let the situation continue as it is as she cannot have Ranbir for herself.

Hearing this, Prachi lands a tight slap on Sahana’s face and warns her not to utter such words ever again.

Prachi tells Sahana desperately how much Ranbir matters to her and that she loves him unconditionally irrespective of his relationship with Rhea.

Sahana tells Prachi that Ranbir does not know her true feelings and suggests Prachi tell Ranbir the truth about her pregnancy herself.

At first, Prachi refuses but Sahana tells her that if something happens to Ranbir now then she will not forgive Prachi for keeping the truth a secret.

Prachi rushes to Ranbir to tell him the truth about him becoming a father.

Meanwhile, Alia spots the goons getting treated in the hospital and discovers the truth of the incident that took place at the temple.

Pallavi asks Alia who she is talking about but Alia somehow manages to cover up the truth with her smartness.

On the other hand, Prachi reaches Ranbir’s room and watches from outside as Ranbir gets treated in the operation theatre.

The doctor comes out and encounters Prachi who asks about Ranbir’s condition to him.

He reveals that if Ranbir does not wake up in the next 6 hours, then he is most likely to not wake up ever again.

Hearing this Prachi is left shattered and remembers the happy moments she spent with Ranbir as she staggers through the corridor.

© Copyright tellybest.com, 2020, 2021. All Rights Reserved. Unauthorized use and/or duplication of any material from tellybest.com without written permission is strictly prohibited.
Cached Saved on: Saturday 1st of October 2022 11:12:44 PM