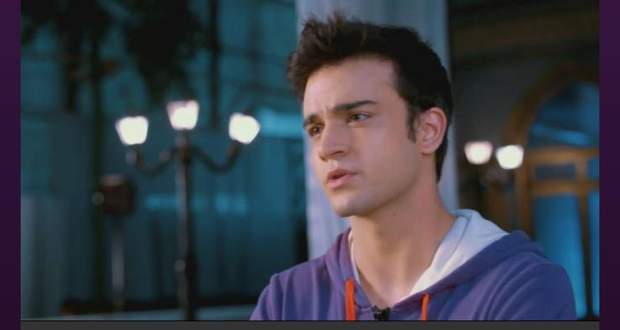 Today's Kumkum Bhagya 1 December 2020 episode starts with Ranbir leaving his house while his family tries to stop him.

Pallavi tells him to not come back after stepping his foot outside of the house for Prachi.

She says that she will never accept Prachi and tells him that their mother-son relation is over if he leaves.

Ranbir promises that he won't come back and starts to leave but comes back seeing Pallavi get a heart attack.

Elsewhere, Meera enters Rhea's room and tries to console her while she says that he will always be a motherless child.

Meera tells her that she may not be her biological mother but she will always love her as her own daughter.

Meanwhile, Pragya and Prachi enter their house and Pragya locks herself in her room.

Saritha informs Prachi that Ranbir called after which she calls him back but he doesn't pick up.

On the way to the hospital, Ranbir promises Pallavi that he will never leave her.

Meera tries to pacify Rhea while Aliya comes there and scolds Rhea for thinking about Pragya. Rhea gets angry and leaves her room while Aliya follows her.

Abhi calls Prachi but she doesn't pick up. He again calls her but gets distracted seeing Rhea and goes after her.

Meanwhile, Prachi answers his call but doesn't get any response.

Elsewhere, Ranbir and his family reach the hospital where Ranbir blames himself for Pallavi's condition.