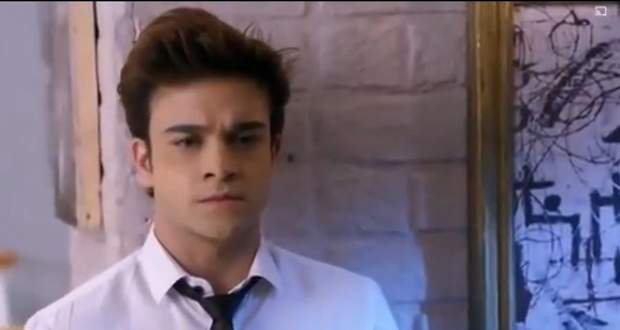 Today's Kumkum Bhagya 1 January 2021 episode starts with Purab going to Aaliya's room and her thinking that he came there to surprise her.

However, Purab confronts her about Abhi's marriage but Aliya twists the story and says that it is all happening because of Rhea's stubbornness.

Purab tells her that it must have been her plan and goes but Aliya stops him and says that he created distances in their relationship.

Purab tells her that they have no relation and leaves.

Purab goes to Pragya's house and greets everyone while Saritha invites him to dine with them.

Elsewhere, Ranbir is writing an apology letter for Prachi while Pallavi comes there and tells him that he should not have taken a huge risk for Prachi.

Ranbir talks about Love and Possessiveness and tries to indicate her to reveal the truth but instead, she tells him to come with her to check on Rhea.

Later, Ranbir goes to Prachi's house and requests her to hear him out.

He tells her the true reason for marrying Rhea but Prachi tells him that there is nothing they can do now.

Ranbir apologies to her while she hugs him and says that he doesn't have to apologize to her.

Ranbir tells her that one day he will come through the front door and will take her with him after which he leaves through the window.

Meanwhile, Rhea breaks a glass in her hand while thinking about Ranbir choosing Prachi over her and gets angry.

Aaliya comes there and tells her to invest her anger into something that will help her get Ranbir.

Next morning, Rhea confronts Prachi who tells her that she only knows how to hurt people just as she hurt Pragya even though she knows how much she loves Abhi.

Rhea accepts that she is the reason Abhi is marrying Meera while Prachi begs her to not bring more pain for her mother.

However, Rhea mocks Pragya and Prachi slaps her.

© Copyright tellybest.com, 2020, 2021. All Rights Reserved. Unauthorized use and/or duplication of any material from tellybest.com without written permission is strictly prohibited.
Cached Saved on: Tuesday 2nd of March 2021 11:33:46 AMCached Disp on: Wednesday 3rd of March 2021 02:51:37 PM