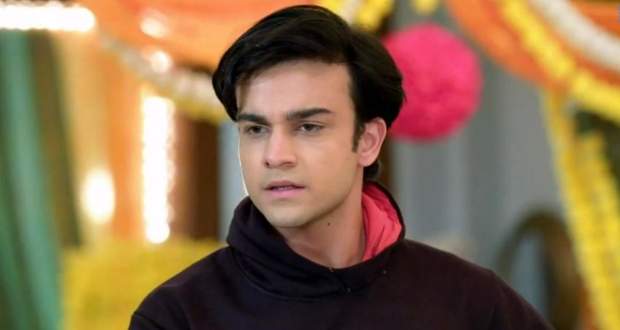 Today's Kumkum Bhagya 20th April 2022 episode starts with Rhea asking Sahana to bring the car keys from inside and puts the bag with money inside while Sahana leaves to fetch the keys.

Rhea escapes from there with Sahana chasing after her as she knows that Rhea is behind the current situation.

Meanwhile, Ranbir bursts into Nick’s house and searches for him when he notices the photograph of Preeti with Nick.

Ranbir calls Preeti and asks her about Nick’s whereabouts to which Preeti replies about a possible location where Nick can be currently.

Raging with anger, Ranbir sprints towards the location while remembering Prachi’s tormented face as Nick was taking her away.

Elsewhere, Nick contacts his professional killer friend to end Prachi’s life and waits for Rhea to arrive with the money.

Rhea contacts Aaliyah and tells her about her anxiety regarding Nick’s sincerity. Aaliyah proposes to meet her at the location.

As the one-hour time comes to a closure, Nick gets agitated on finding Rhea’s phone switched off and decides to wrap the deal with Ranbir.

Ranbir walks into the house while Nick calls him to make the deal for releasing Prachi and surprises him.

Getting nervous about seeing Ranbir, Nick agrees to tell him the name of the main culprit in return for Ranbir giving him money and taking back his police complaint.

However, before Nick could seal the deal with Ranbir, he gets dragged away by Aaliyah and meets Rhea with the money.

Aaliyah asks Nick to clear up the mess he made outside and threatens him with a photo of Preeti tied up.

On the other hand, Ranbir goes on a rampage as he notices the disappearance of Nick and shouts Prachi’s name to find her.

The goons hold Prachi’s mouth restraining her from making any sounds while Ranbir fights with their friends.

Meanwhile, Vikram, Pallavi, and Sahana reach the location of Nick, Ranbir, and Prachi after informing the police.