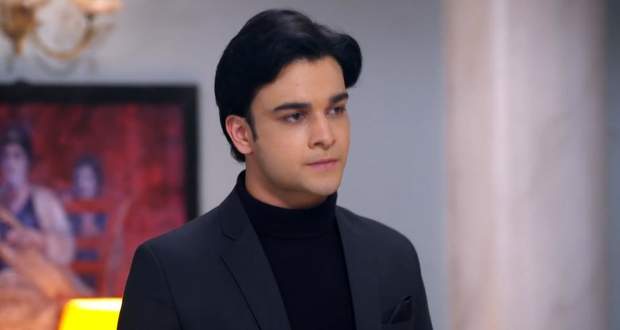 Today's Kumkum Bhagya 21 April 2021 episode starts with Rhea and Prachi warning Tanu to take her complaint back and walking away.

Tanu gets tensed and decides to make a video of what happened.

She records a fake video message about her being threatened to take back the case and shares it on social media to strengthen her case.

Meanwhile, Rhea drops Prachi home but refuses to acknowledge her as her sister.

Later, Rhea returns home and Alia scolds her for going to meet Tanu.

However, Rhea ignores Alia's words and promises to prove that Abhi is innocent and get him out of jail.

Just then, Pragya comes there but Aaliya stops her from coming inside and tells her to leave.

However, Pragya reasons with her and urges her to help her prove Abhi's innocence and expose Tanu.

Pragya says that no one can harm her family and asks everyone who will support her in fighting Tanu and getting Abhi out of jail.

Ranbir comes forward first after which everyone comes forwards one by one except Aaliya who is enraged at the situation.

At the police station, the police inspector drags Abhi demanding to get various medical tests and he resists getting enraged.