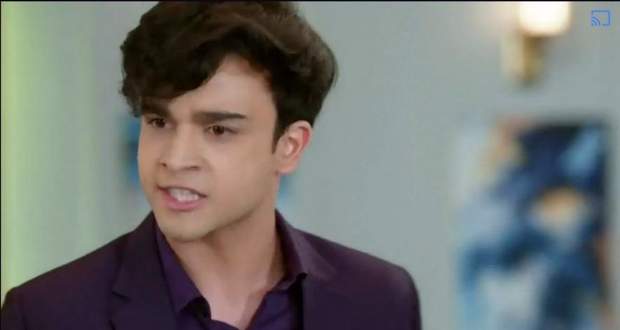 Today's Kumkum Bhagya 21st Jan episode starts with Prachi and Rhea arguing over Ranbeer, Prachi tells Rhea that she stepped out of her limits by sending her to jail.

Rhea confidently dismisses Prachi by saying that she can do anything to win and she won when she sent Prachi to jail for attempting to steal those papers.

Prachi replies that she is currently standing in front of Rhea with the help of Ranbeer who left his all work and came back to save her.

Prachi confesses that till now it is her whom Ranbeer loves, Rhea gets infuriated on hearing that and denies her words.

Meanwhile, Ranbeer walks down the streets alone thinking about the memories he shared with Prachi and coincidentally meets a man who was sleeping on the streets as his wife has thrown him out of the house.

Ranbeer engages in a conversation with that stranger and shares the story of his love with him, the man asks him to act a bit indifferent towards Prachi so that she can understand the value of his love.

Ranbeer denies the alcohol offered by the stranger as he remembers Prachi once telling him not to drink.

Later, Ranbeer enters the house and was about to fall on tripping but Prachi saves him.

Ranbeer gives Prachi a cold treatment and says that from now on he will do as Prachi wants, both separate to the opposite ways.

On entering the room, Prachi talks to herself in frustration. She reminds herself of the past and the fact that Ranbeer left her and does not care for her.

On the other hand, Sahana sits and talks to Ranbeer, she says she has to confess about the baby and Ranbeer is the only person who should know about it.

Upcoming KKB episode updates: Sahana asks Prachi to reveal the truth about the baby to Ranbeer, Prachi declares that she will tell him at that moment.