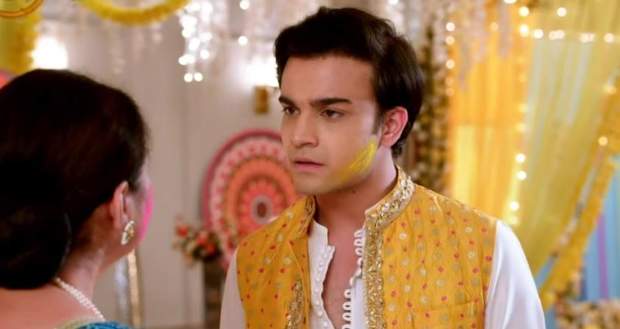 Today's Kumkum Bhagya 21st March 2022 episode starts with Ranbeer adoring Prachi while she sleeps on his bed and remembering their past moments when they used to enjoy each other’s company.

He quietly switches off the alarm and goes into the washroom to sleep so that Prachi does not get angry at spotting him.

Morning comes, Ranbeer wakes up and slips out of his room without disturbing Prachi a bit.

He decides to prove himself innocent of the charges that are being imposed on him at any cost.

Meanwhile, Sahana and Dida learn about Neeti’s boyfriend who had been arrested due to theft charges from their cook.

Later, Prachi wakes up and gets surprised to see the time as well as the open door.

Ranbeer comes into the room and acts like he does not know about Prachi’s presence but gets caught lying.

Prachi’s harsh words make Ranbeer angry as he pins Prachi to the wall and asks why she always acts so coldly towards him.

Prachi reminds Ranbeer about his past activities and answers that his touch also makes her uncomfortable.

Dejected by Prachi’s nonchalant behavior, Ranbeer sneaks into Rhea’s room in search of evidence but gets caught red-handed by Rhea.

However, Ranbeer escapes from there after giving an excuse but Rhea already guesses his lies.

Concerned by Ranbeer’s actions, Rhea tells the whole matter to Aaliyah who asks her to stay calm about it.