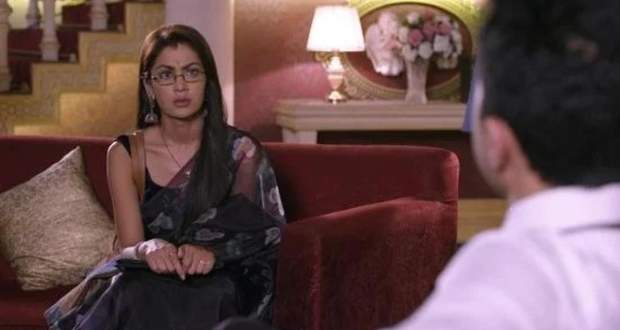 Today's Kumkum Bhagya 22 April 2021 episode starts with Pragya and Abhi missing each other while going to sleep.

The next morning, Pragya takes up Abhi in the locker while he gets happy to see her.

He tells her to free him soon so that he can spend his morning and days with her and she agrees.

They bid goodbye after which she goes to meet the lawyer.

The lawyer gets the files and tells Pragya to brief him.

Meanwhile, Tanu puts on make-up to make herself look dull and gives an exclusive interview to the reporter while Ranbir and Pallavi watch it on tv.

She does drama and says that Abhi's daughters threatened her along with the whole family.

The interview ends after which the reporter tells her that she should have not taken Abhi's daughters' names while Tanu tells her to focus on her business.

Tanu feels happy seeing the interview while Ranbir comes and plans to be near her until he exposes her.

Aaliya goes to meet Abhi while he asks her if she did anything wrong to Pragya which silences her.

Rhea comes there at the same time and tells him that she and Pragya will free him with everyone's support.

Aaliya tells him that she will not make a mistake again and will support Pragya.

The lawyer sees the interview and questions Pragya while she says that it is not true.

The lawyer denies taking up her case in fear of losing due to which Pragya rebukes him.

© Copyright tellybest.com, 2020, 2021. All Rights Reserved. Unauthorized use and/or duplication of any material from tellybest.com without written permission is strictly prohibited.
Cached Saved on: Sunday 9th of May 2021 04:58:36 AM